Triund trek is the crown jewel of dharamshala , situated in the laps of dhauladhar mountains, it has the perfect view of the dhauladhar mountains on one side and Kangra valley on the other .Triund  trek can be described as a tranquil trek which can be easily accomplished by almost all age groups . Triund has an unambiguous byway which goes through a beautiful mixed forest of oak, deodar and rhododendron . Trek is fairly easy for the first five kilo-meters but the last one kilo-meter may require a bit of toil , the last one kilo-meter is popularly know as the “22 curves” as it has 22 tiring  curves before you finally reach Triund . The traipse is worth it as the panorama when you reach triund is awe-inspiring and exhilarating .Triund is come-at-able for most part of the year except for when the byway to triund is cut off by heavy snowfall in the months of  January and February .

Preview of the Triund Trek

Triund trek is come-at-able for most part of the year except for when the byway to triund is cut off by  heavy snowfall in the months of  january and february . The best time for trekking is from March till May in first part of the year and September till December in the second half of the year. Though it is rainy in June and July but still trekking is possible ,the meadow is lush green presenting out of this world vista.

HOW TO REACH FOR TRIUND TREK

The starting point of triund trek is galu temple  , however there are many options  to reach galu. Either you can hire a taxi from Mcleod Ganj till galu temple or you can start the trek right from Mcleod Ganj . Trek can also be started from Bhagsu Nag via bhagsunag waterfall  . From galu there is an unambiguous byway which goes through a beautiful forest of oak, deodar and rhododendron.

CHECK OUT THE TREK VIDEO AT : https://www.youtube.com/watch?v=-2zAr8t_OdM&t=2s

Day 01:  On Trek. Bhagsu Nag - Triund (2875 M) 9 kms walk
After breakfast on your own, start walking from Bhagsu Nag. It is steep ascent for 4 hours through mixed forest of oak, rhododendron and deodar trees to Triund. Packed lunch enroute.
Arrive Triund and check in lodge or camp.  Triund is an alpine meadow situated on top of a ridge from where we have superb view of the peaks of Dhauladhar mountain on one side and Kangra valley on the other.  Overnight stay at camp. Dinner will be served at the camp later that   evening.

Day 02: Triund - Khabrotu - Triund - Bhagsu Nag 13 kms
After breakfast  we start heading back ,  we take a different route on the way back to Bhagsu. It is downhill walk for three to four hours to Bhagsu Nag. Enroute we come across Bhagsu waterfall. Trek Ends at Bhagsu Nag Village. 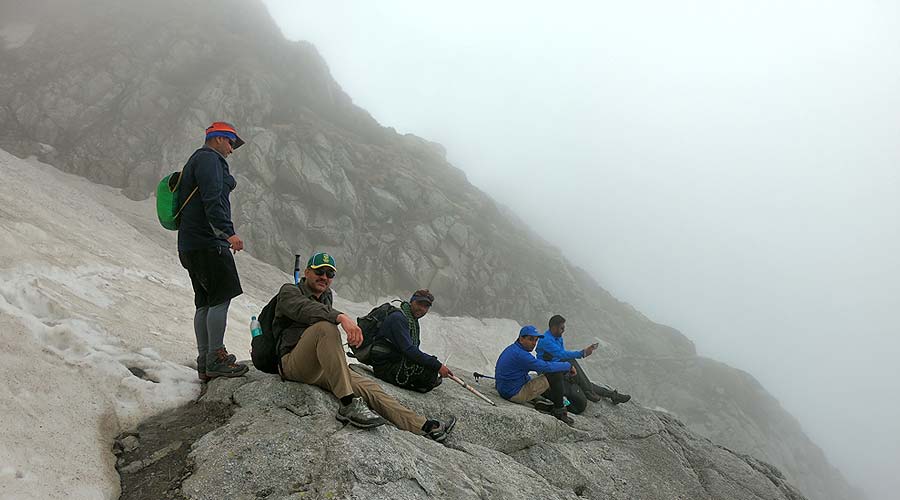 Trek to Zanskar over Shingo La 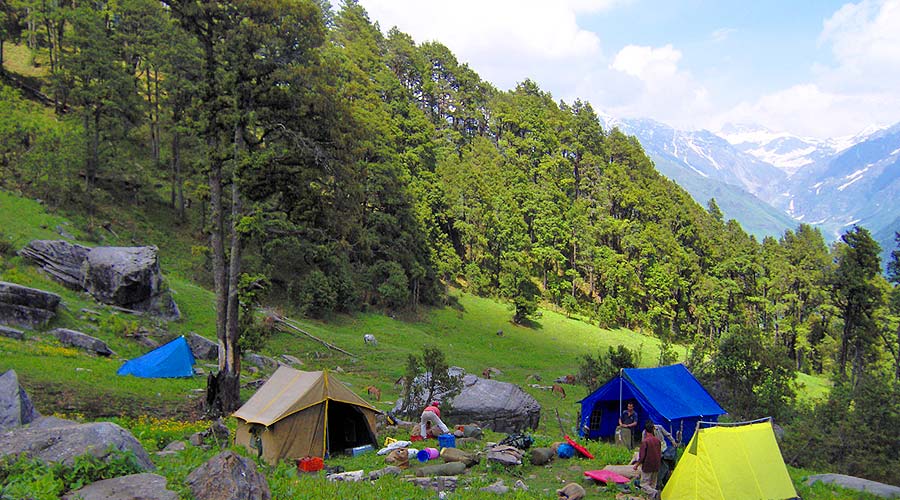 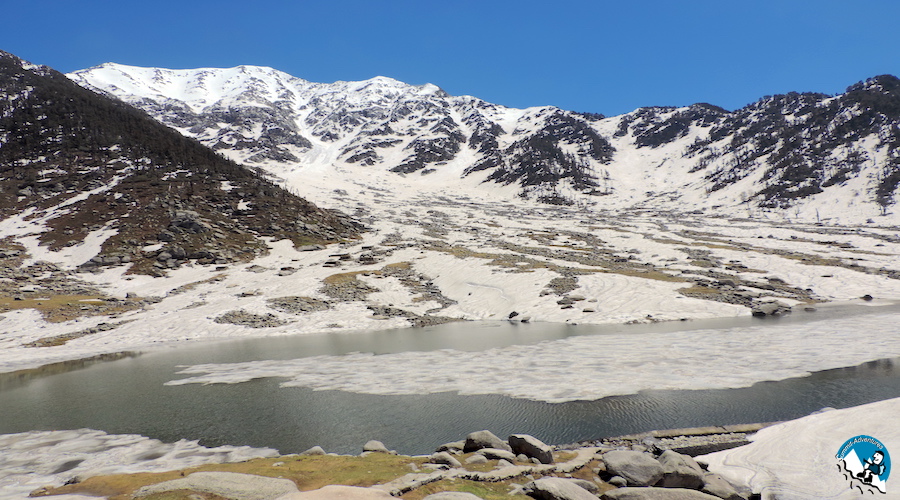